This is the bike: http://amzn.to/1ZFg5bw
This is the next video: https://youtu.be/9Hg7vjmlCuA

It’s hard for me to complain about the Mongoose Dolomite, since it’s a sub $200 fat bike. No, it doesn’t shift nicely, and yes, it has one of those terrible seat clamps with the bolts on the sides. It’s precisely compromises like these that make super cheap bikes possible. So with that understanding, I’ll give an overview of this bike’s strong and weak points.

First of all the paint job is impressive. Even the rims have a nice red powder coat on them, which does a pretty good job of hiding this huge weld. The saddle is also quite comfortable.

The rear derailleur is from Shimano’s Tourney group set, which is suspiciously absent from their website. Although I see it available for $6 on the internet, I think it might be the most expensive part on this entire drivetrain.

Speaking of drivetrains, I’ve gotta give credit to Mongoose for setting this up with a 1x. This makes the bike much cleaner and more mechanically sound. With that said, I think they should have chosen a smaller chainring for the front. At 47 pounds, this thing is pretty hard to pedal on flat, let alone on sand or up hill. I will say though that it’s lighter than my last bike by a full pound—of course on that bike I packed the components with sand and pumped the tires full of water.

The disc brakes suck terribly, but surprisingly they are totally adjustable like normal ones. Most department store bikes are built in some proprietary way that makes them difficult or impossible to service. This bike breaks that trend to some extent. That makes me wonder if a better set of pads would improve the stopping power. For now, all I need to do is stop pedaling and the bike comes to standstill pretty fast.

I was especially happy to see a threadless headset. Compared to a threaded headset and quill stem, this feels incredibly solid, and dare I say—safe. I expect this headset to hold up much better than my last one, and I also expect the alignment to stay put.

I have ridden quite a few fat tire bikes, and they were generally heavy and sluggish compared to their skinny counterparts. Still, I was always pleasantly surprised at how well they handled for their size. Not this bike. Sure, if you pump the tires to 20PSI it rolls and steers well, but it’s then useless on sand or chattery terrain. Reduce the pressure to 10 PSI, like a real fat bike, and its off-road performance does improve. Unfortunately, this makes the bike extremely difficult to control, as the steering pulls whichever way you’re turning. I think this is due to the cheap tires, which are pretty thick and shaped oddly. I also think wider bars and a shorter stem would make this bike easier to manage.

If you have this bike and want to give it an upgrade, I might recommend that shorter stem paired with cheap set of 760mm bars.

Even after these shortcomings, I firmly believe this Mongoose Dolomite is a marvel of engineering. Like I said, everything on this is a compromise, designed to keep it below $200. As a society we asked for a cheap fat bike, and here it is. It may seem like certain things could have been made better for the same price though. For instance, would a smaller chainring in the front have changed the price? Well, maybe. You see these bikes benefit from economies of scale, or using parts that can be produced in mass quantity. So, it could have been that this very popular crankset/chainring combination was actually the cheapest route. This scenario is very likely, and is probably the case for many other parts on this bike. So, we don’t really have the right to nitpick the gear ratio.

So now for the real question; why did I buy this bike? Why not a nice fat bike? Well, I have some plans which I wouldn’t have the heart to carry out on a bike like that. If you’ve been following my videos, you could probably guess that the Dolomite is gonna have a rough week.

Stay tuned, because in the next video, things might get a little salty.

Thanks for riding with me today, and I’ll see you next time. 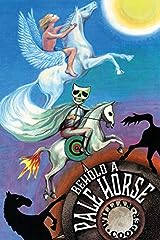 (1915)
Behold a Pale Horse (as of July 2, 2020 - More infoProduct prices and availability are accurate as of the date/time indicated and are subject to change. Any price and availability information displayed on [relevant Amazon Site(s), as applicable] at the time of purchase will apply to the purchase of this product.) 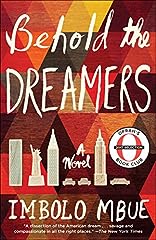 
Behold the Dreamers: A Novel

(as of July 2, 2020 - More infoProduct prices and availability are accurate as of the date/time indicated and are subject to change. Any price and availability information displayed on [relevant Amazon Site(s), as applicable] at the time of purchase will apply to the purchase of this product.)


Lo and Behold, Reveries of the Connected World

(as of July 2, 2020 - More infoProduct prices and availability are accurate as of the date/time indicated and are subject to change. Any price and availability information displayed on [relevant Amazon Site(s), as applicable] at the time of purchase will apply to the purchase of this product.) 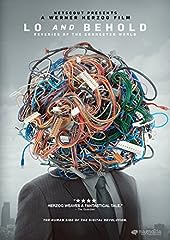 
Lo and Behold: Reveries of the Connected World

(178)
(as of July 2, 2020 - More infoProduct prices and availability are accurate as of the date/time indicated and are subject to change. Any price and availability information displayed on [relevant Amazon Site(s), as applicable] at the time of purchase will apply to the purchase of this product.)

When I lived in Northern Idaho, the only readably available fat bikes went for $1500.  At $200, I would have run not walked to buy this bike.  For general purpose use, fat tire bikes like this are rather pointless.  Once the novelty wears off, they go on craigslist. It is in riding snow/ice that this type of bike earns its keep.  North of the 48th parallel?  They are going to sell a lot of these sled dogs.

Make a vid on how to do endo in fat bike

The steering pulls too which ever way your turning. What ?

Hello last year when you first did this review you talked about upgrading this bike. Has any other entry level fat bikes come up worth a review. I watched your how to bike trail in your yard the other day which you made an 8 foot drop ramp. I’m to old 60 and looking for a fat bike that i can ride in vegas. Home of the rock garden. Everywhere you go in town rocks so i feel the bigger tires would help. Anything new please keep up the reviews.

Fat Tire Bikes are meant for snow pack trails. They are popular on cross country ski trails in Colorado.

HOW DO U CHANGE THE STEM PLEASE MAKE A VID PLEASE!!!?

Make a vid on how to do endo in fat bike

You should check out the mongoose terrex

What upgrades could you add to make it better

Can we ride at road

uhmm seth can you make a video using that fatbike IN TRAIL?????????

Try to wheelie on fat bike

I already seen many on cl trying to get rid of this dumb ass bikes just a temporary thing thank god i never bought one of this ugly ass bike!!

You should review the Northrock XCOO fat bike. (It can be found at Costco)

You should review the northrock fat bike

Where do you live Seth?

can we ride at road

“In the next video, things are gonna get a little salty.”
*CS:GO MENU SONG PLAYS IN THE BACK OF HEAD*

Hey seth, is it a possibility you can get this bike and review it because I have a cheap budget and I think I might ask for it for Christmas or my birthday. https://www.walmart.com/ip/27-5-Men-s-Genesis-RCT-Bike/47443497

i have a plus bike with same drive train…it’s garbage. i like shimano. just not the tourney set up